Entrepreneurs' Relief is vital for a successful entrepreneurial economy

Since the introduction of Entrepreneurs’ Relief in 2008 and its subsequent expansion after 2010, many entrepreneurs have benefitted from the tax break and created new businesses and reinvested profits from previous enterprises as a result of the scheme.

Further developments over the weekend indicate Entrepreneurs’ Relief will be modified or scrapped entirely in Chancellor of the Exchequer Rishi Sunak’s first Budget next week.

We believe Entrepreneurs’ Relief has been and should continue to be, a central component of a successful entrepreneurial economy.

Based on the Tory election manifesto and various hints, leaks and Institute of Fiscal Studies (IFS) reports, Entrepreneurs’ Relief (ER) will be modified or even abolished entirely in Chancellor of the Exchequer Rishi Sunak’s first Budget next week.

Further reports over the weekend revealed that the government plans to axe tax relief for entrepreneurs; a move which is likely to lead to a multi-billion pound tax grab for Prime Minister Boris Johnson’s government.

The policy, which currently allows eligible entrepreneurs to pay less tax on capital gains upon the sale of all or part of their business, has been criticised for several reasons.

Critics argue that too many entrepreneurs have benefitted from the relief, many more than anticipated and the UK government is losing taxation revenue without generating commensurate economic benefits.

A further point of contention is that sceptics of the initiative posit that entrepreneurs are storing cash inside businesses rather than extracting it so that they can obtain ER on the cash in the event of a sale.

However, the analyses of organisations such as the IFS does not adequately consider the size and gravity of the risks that entrepreneurs must overcome in order to achieve a successful exit. Many entrepreneurs have stared into the abyss of company failure or regularly worried about how they were going to make payroll at the month-end. It is not surprising that entrepreneurs suffer higher divorce rates (typically 5-10% higher than the average). Nor does it consider the changing business cycles that businesses operate in or the lifetime investment cycle of the typical entrepreneur.

We remember a time when some entrepreneurs left the UK prior to selling their business to avoid paying tax on a capital gain; a time when accountants were paid handsomely to create complex tax avoidance schemes to circumvent the tax burden incurred on an M&A transaction.

Entrepreneurs’ Relief did away with all of this thinking; it said to entrepreneurs “work hard, take risks, pay a reasonable amount of tax and in the event that you are fortunate enough to sell your business – you get to keep the reward”.

The assumption that one should compare the tax cost of providing ER to tax paid at full capital gains tax rates (CGT) is erroneous. It follows the same flawed logic on income tax that says “by simply taxing higher earners at 60% rather than 40%, we will make an extra 50% in tax revenues”.

Unfortunately, it does not work that way. Instead of HMRC receiving an extra 50% of receipts, people find creative ways around the problem, often with the help of clever accountants.

We shouldn’t think of this situation as tax revenue lost, but tax we might never have made; sales of businesses are not a given and should never be taken for granted. Tax from this source is a type of windfall.

The assumption that every business is profitable, and that the entrepreneur can simply choose when to take their large profits out of their company, is a falsehood. There are limits on how much cash can be extracted from the business under CGT on an exit, but there is little or no reference to this in the analysis.

Instead, it assumes that the business owner can simply pick and choose when to sell their business and will do so prematurely, regardless of prevailing market conditions or sentiment – which are much bigger factors in our experience. We are at the tail end of a very active cycle for mergers and acquisitions, but this is a cycle, not a permanent plateau. Once ER is gone it will be gone for good.

The central argument seems to be there is only one lemon to squeeze and if we don’t get enough “juice” from GCT we will have to get more from income tax (and no political party gets elected promising income tax rises).  However, the great thing about promoting entrepreneurialism is that the lemons grow bigger and more plentiful.  Successive UK governments have lost the knack of creating the environment to promote the growth of more lemons!

Government benches are packed with solicitors, bankers and public servants; few, if any, have been touched by the benefits of ER (nor have any experience of growing lemons!).

An attack on ER is an easy attack, just as there is little sympathy for the undoing of a wealthy executive, very few have sympathy for the entrepreneur who has to pay double the tax upon becoming rich; retaining 80% of the gain is still a big number, isn’t it?

However, this is an attack on entrepreneurialism, it’s an attack on the small businessperson, the entrepreneur or family business. ER is a celebration of success and a message to the world that the UK is a place to “have a go” and if you work hard you can reap the rewards.

Emboldened from the success of their first venture nearly every successful entrepreneur we’ve worked with soon starts investing and growing new businesses shortly after they have sold their original business. This form of ongoing reinvestment seems to have been completely omitted from the analysis. The idea that we should discourage entrepreneurialism, but instead encourage business owners to wait to sell, become more income focussed and then retire with their capital gain does not match the sort of post-Brexit agile economy that Prime Minister Boris Johnson has been promoting.

Once we have dismantled ER we will also dilute the benefit of EMI share options; a simple to deploy mechanism which has spread share ownership to thousands of employees in thousands of companies. EMI schemes have encouraged the spread of equity ownership to employees more effectively than being ordered to do so in the way that the Leader of the Opposition wanted.

So let’s hear it for Entrepreneurs’ Relief and let’s celebrate the fact that many entrepreneurs have utilised the relief, let’s wear it as a badge of a successful entrepreneurial economy rather than a stain on the fabric of the UK economic landscape that needs to be removed. 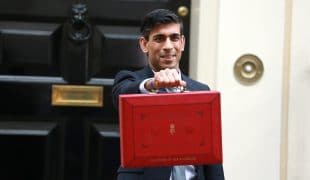 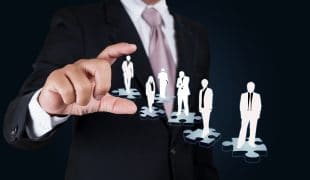 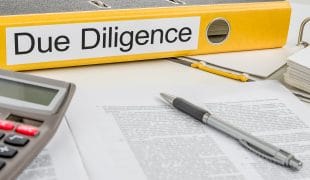