Chancellor of the Exchequer Rishi Sunak delivered his highly anticipated 2021 Budget in Parliament on 3 March to remedy the pandemic-ravaged economy.

Isosceles CEO Mike O’Connell shares his thoughts on the 2021 Budget and some specific areas of interest unveiled within it.

The chancellor’s second annual Budget outlined the government’s fiscal plans for the year ahead and included several notable provisions to cure the malignant health, social and economic effects of the global pandemic.

Amongst the measures announced were plans to help the economy rebound with an extension to the flagship Coronavirus Job Retention Scheme, increases in Corporation Tax slated for an increase in April 2023 to rebalance the scales of fiscal policy, a 130% super-deduction, progress on the government’s environmental agenda, a £3,000 payment for each new apprenticeship provided, a £1.65 billion spending pledge to accelerate vaccine rollout, a blend of Help to Grow initiatives and high skills visa reforms to support the nation’s recovery.

“I’m generally positive on the 2021 Budget. Some of the worst-case scenario-type policies and nuclear options have not been included.”

“I’m generally positive on the Budget,” Mike outlines. “Some of the worst-case scenario-type policies and nuclear options have not been included.”

“I would always couch caution when looking at a Budget until all the details are published with the Finance Bill because we have been stung before with nasty details omitted from the headline-grabbing elements of the annual Budget”.

“Sunak’s speech provided the comfort of ongoing support in those areas most affected by COVID-19 and much-needed clarity for a crucial period,” Mike continues.

“I believe the crisis may hopefully feel a lot better by June,” Mike hopefully adds, “and by the time we reach September when a lot of these packages of support start to phase out, business leaders should have a better idea of their operations, so I think the chancellor has achieved the right timescale.”

On funding the spending…

On the furlough scheme…

Whilst the furlough scheme should secure the “real” jobs in the economy, the problem, Mike opines, is that as soon as we are out of the immediate COVID-19 crisis period “those roles will be really needed, so we do not want to lose the people or those roles prematurely and crush businesses and impact lives unnecessarily”.

“However, within the millions of jobs safeguarded under the government’s flagship COVID-19 support package, the Coronavirus Job Retention Scheme, are some jobs that are gone forever,” Mike explains, “and employers have deliberately put off the inevitable cuts because the scheme is picking up the sharp end of the initial cost rather than the individual employer, so as soon as the scheme is gone, those employers will let those workers go, and unemployment may rise,” Mike cautions.

“There needs to be a deadline so companies do have to take the initiative and necessary actions when it comes to those employees whose jobs may be destroyed.”

“I think the chancellor has struck the right balance; it’s generous, but I question whether the September extension to the scheme is strictly necessary”.

“However, I’d rather he aired on the side of caution and continued support rather than implementing draconian cuts to schemes which have helped safeguard the livelihoods of millions of people during this pandemic”.

By announcing the planned rise in Corporation Tax in the 2021 Budget to come into effect in April 2023, the chancellor may as well have said, “I’ve got half an idea”, Mike explains.

“Anything can happen between now and 2023, particularly considering the magnitude of the sudden changes which have swept across the UK economy since November 2019,” Mike adds.

“The government raises a large proportion of its tax take through PAYE and National Insurance, so Sunak must prioritise job creation; Corporation Tax becomes an effective tax tool only after companies have made a profit.”

Mike makes the compelling point that there could have been an argument to the contrary to reduce Corporation Tax to encourage job creation but emphasises that 25% is still competitive from a global perspective.

Through the 130% super-deduction, companies can cut their taxes by up to 25p for every pound invested.

“The 130% capital allowance for the next two years will encourage companies who would otherwise be tempted to sit on cash reserves to invest funds,” Mike begins, “the sooner companies invest, the faster their growth will be.”

“We have observed how companies have made efficient and effective use of accelerated allowances, and these initiatives do encourage companies to refresh, update and upgrade equipment and systems.”

“There were some organisations that got caught out over the past two years by being too rigid and inflexible; they lacked collaboration tools and infrastructure to facilitate flexible working, so some organisations must now upgrade”.

“Similarly, the carryback of corporation tax losses with a temporary extension for up to three years is also a positive step forward”.

Mike also mentions the R&D Tax Credit consultation: “we are meant to be consulting on that already, but no clear indications were announced on the status or progress of this in Sunak’s second annual Budget.”

Related | Flags for Investment – is your business ready to fundraise?

“Apprenticeship payments should be welcomed in terms of helping people to gain employment,” Mike explains, “and that’s the area of the market that we’ve seen most affected by COVID; new graduates and school leavers are now looking for employment in a fiercely competitive labour market, or during COVID we have seen many graduate schemes or apprenticeship offers withdrawn.”

Alluding to Isosceles’ recruitment during this challenging time, Mike explains how Isosceles has continued to recruit for a range of roles across the business.

On £1.65 billion to invest in vaccine rollout to better protect lives, jobs, and our economy…

Mike makes the compelling point that the commitment to the UK’s COVID battle is the “single best thing this government has done”. Referring specifically to the development, procurement and distribution of vaccines, Mike credits the government with giving the country an expected lockdown-free window, whilst other nations on the continent languish amid continued national lockdown measures.

On the Help to Grow initiative…

Help to Grow: Management will give 30,000 leaders of SMEs access to world-class training on everything from financial management to marketing.

“The largest tax take is from employment,” Mike begins, “so encouraging business growth and employing more people should be commended”.

“With the increasing requirement to be collaborative, flexible and efficient, this policy should go a long way to help alleviate some of the difficulties of early-stage and growing entrepreneurial businesses that are the backbone of a vibrant UK economy.”

“However, we need to see the detail about what particular software types are included in the scheme and whether the technology is relevant, appropriate and of a high quality.”

Referring to Isosceles’ broad entrepreneurial client base, Mike says: “In terms of the successful businesses that we have worked, the best and the brightest have been the fulcrum for a large proportion of our clients’ success.”

“Many of Isosceles’ biotechnology clients may have spun out of leading UK research and academic institutions such as Imperial College London, University of Oxford and University of Cambridge,” Mike states, “but many of the individual academics have come from all parts of the world.”

“Potentially, the most damaging impact of Brexit was the unintentional messaging that Britain would refuse to welcome those people and that Britain is closed to talented people. This  was a very unfortunate message, so the government’s commitment to this global visa is welcomed.”

Speaking about the shortcomings of the chancellor’s second annual Budget, Mike describes how Sunak failed to address fundamental changes in our economy; shifts driven by a combination of COVID, Brexit and the climate change agenda.

“Perhaps he needs a bit more time to evaluate those fundamentals, but he is going to have to do that quickly and be a bit more dramatic in how he uses taxation and incentivisation to drive those new industries.”

“There were some new things in the Budget related to the climate change agenda, such as the UK infrastructure bank to be based in Leeds, but these are still only small tokens rather than structural shifts,” Mike warns. “I think the economy is going to have to go through a fundamental change over the next five years”.

“For example, the Green Bonds initiative is a novel idea and allows savers to invest in a good cause knowing that their money is going towards projects that are going to transform the UK economy and the rest of the world.”

“These initial commitments to the government’s green agenda are positive first steps, but it’s going to need trillions in funding, and we must start this quickly.”

On Brexit, Mike highlights the UK’s “overdependence on financial services” and emphasises the need to address this problem with innovation, creativity, and government support by striking the right balance.

“Look at the benefits to the country of its genetics knowledge base to develop vaccines,” Mike astutely points out. “These are industries we must accelerate, and we need multiple sectors to develop on those lines, including manufacturing, engineering and distribution”.

“Innovation must take place to solve these issues,” Mike describes. “Even with banning fossil fuel cars at the turn of the next decade, it’s going to need far-reaching investments in charging infrastructure and electricity suppliers.”

“The country has shown through COVID that we can deal with a massive change… it gives me the confidence the UK can revolutionise other industries as well.”

“However, it needs to be more than just electric cars,” Mike observes, “we are going to need several alternatives.”

“I think the country has shown through COVID that we can deal with a massive change in the working environment; most of the UK workforce is working from home and have adapted well to the new way of working.”

“It gives me the confidence that we can revolutionise other industries as well”.

“I don’t think it’s gone away”,, Mike counsels, “and I believe that the chancellor does not have enough data now to make all of the changes.”

“The announcements made in the Budget should be interpreted as signals of where he wants to go, but he needs more data on the pace of recovery, the nature of the temporary and permanent damage to the economy, and the impact of the past 12 months on the bastion measure of UK economic stability; the housing market”.

“By progressing quickly on the vaccine front, we can launch our economy forward, and it’s to the government’s credit that they’ve done that.”

Finally, no additional changes were announced to IR 35 in the 2021 Budget; therefore, we expect the previously planned changes to come into effect, so people need to prepare for this eventuality.

Related | How will taxation reforms of consultants (IR35) affect SMEs?

Keep up to date with Isosceles news, current graduate vacancies and our biweekly conversations with Mike. 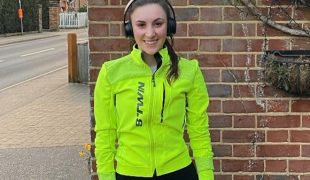 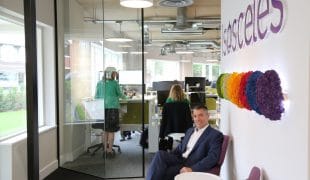 Employee engagement and Isosceles life: a conversation with our CEO 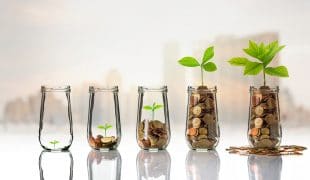 How to find and secure growth funding 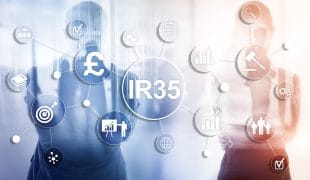 How will taxation reforms of consultants (IR35) affect SMEs?